One of Angela and Kerry Knuth’s farm consultants calls it “more-on” farming: putting more and more inputs on the ground to combat ever-evolving pests and diseases.

“We have to get away from living off inputs. They’re not our friend,” Angela says.

Angela and Kerry have been farming Knuth Farms in Mead, Nebraska, for more than 30 years. They’re the fourth generation to farm the land, and since 2009, they have been slowly transitioning to regenerative and organic practices. This has been a boon for soil health and environmental sustainability, but that’s not what drew the Knuths to this way of farming.

“People come to regenerative for many different reasons,” Angela says. “For us, it was an economic thing.”

The Knuths have always been a data-oriented family. Angela didn’t grow up around farming, but she brought her longtime love of computers and analysis to Knuth Farms. And after she began scouting in the fields, she noticed some inefficiencies. 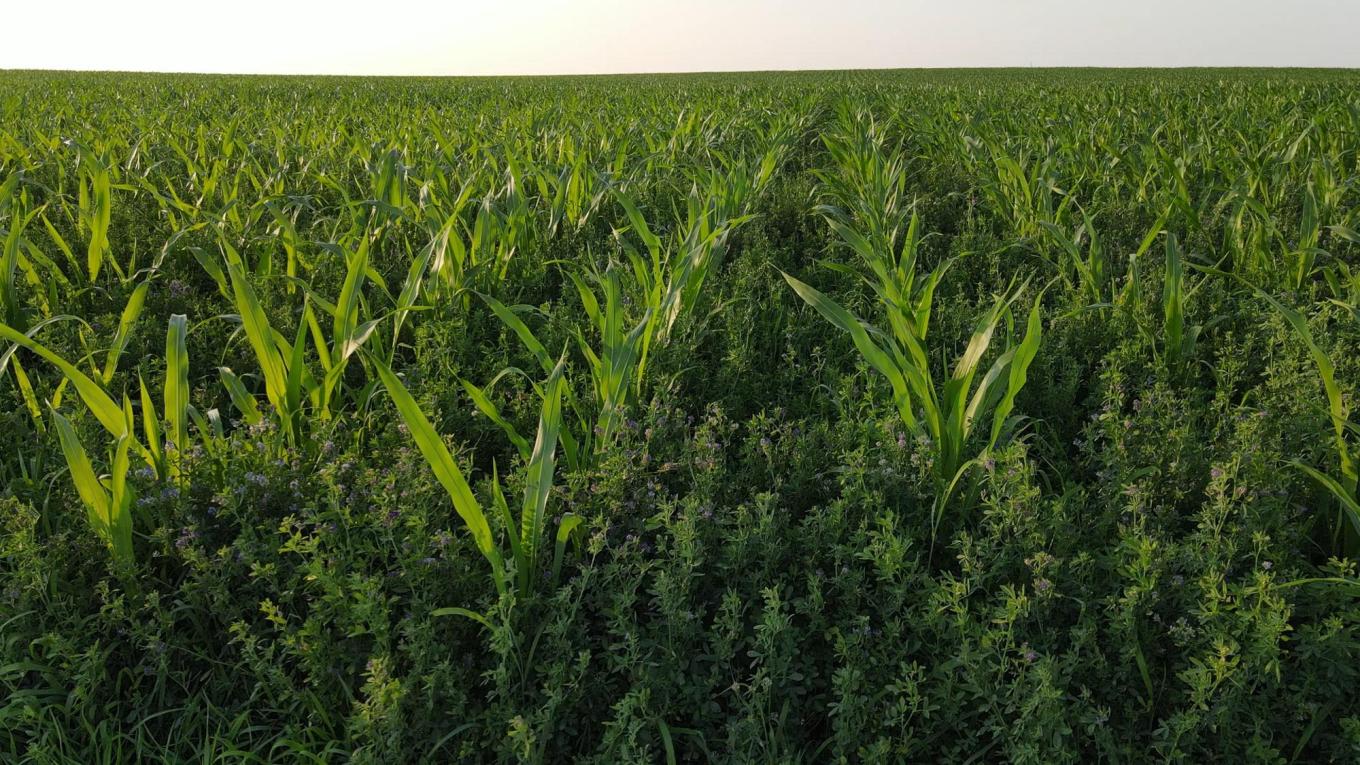 “I had started questioning why we were tilling so much when we were also spraying. Those are two operations that aren’t free,” Angela says. “So, Kerry and I started talking.”

With the guidance of experts like Indiana farmer Rick Clark, Angela and Kerry learned about how to use techniques like no-till and cover crops to grow their own nutrients and naturally suppress weeds. Clark led Angela and Kerry—to their neighbor’s shock—to plant corn directly into a field of living alfalfa.

“Our neighbors asked, ‘Do you think you’re going to get any corn off that?’” Angela remembers. “We said, ‘Well, we hope so!’”

The field produced the highest return on investment that year. While it wasn’t the highest-yielding crop, it had no input cost. And later, when “terrific floods” during the planting season led the Knuths to become fully no-till, to their surprise, their crops performed even better. 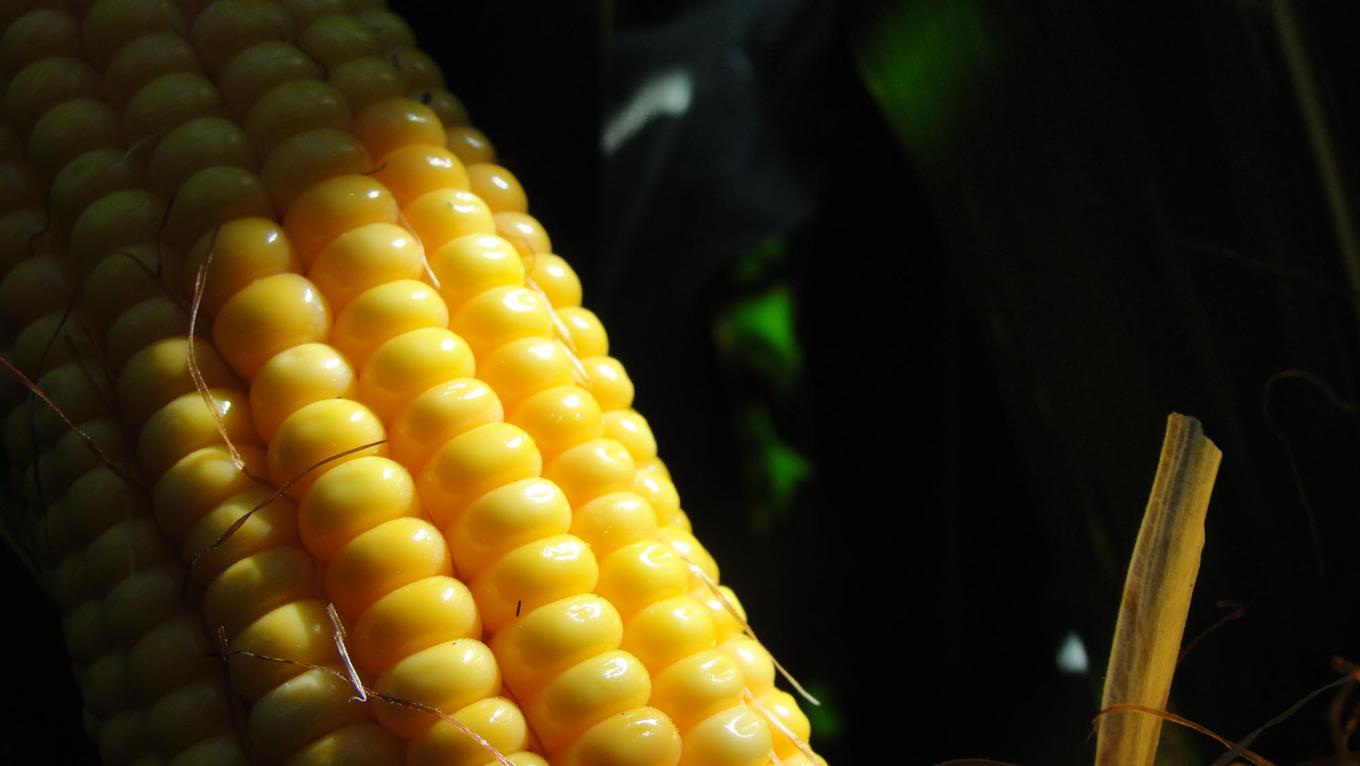 Angela and Kerry saw potential in these new practices—now, they needed financial support to pursue them further.

“Regenerative farming is about soil, but it’s also about regenerating this whole system of how you farm,” Angela says. “We can’t be regenerative if we can’t pay for it. We have to make money.”

Angela contacted the University of Nebraska to partner on a regenerative grazing study. The University brought and cared for some cattle on the Knuths’ land, and the Knuths planted cereal rye cover crops. The soil was tested for water infiltration rates, weed suppression, and more. But the Knuths didn’t need to wait for lab results, the impact was clear.

“Digging in the soil was like a warm knife through butter, just perfect,” Angela says.

Over the years of testing these practices, Angela has found that cover crops don’t deplete the water stored in their soil, as she had initially expected. In fact, using cover crops increased the soil’s infiltration and water-holding capacity. And smart grazing techniques allowed the Knuths to still get planters in at the right seed depth, despite cattle trampling the ground. Roots and microbes were thriving in healthier, flocculated soil.

“Planting into that tall cereal rye was an eye-opener. There’s such a fibrous root system … Whereas before, we were tilling it clean,” Angela says.

But she emphasizes that this transition to regenerative and organic farming has had a steep learning curve—and that it will be a continual learning process.

“Moving from conventional to regenerative and organic is very stressful for me, personally. You’re walking in uncharted territory for yourself and your farm, and you’re going to make mistakes. And that’s scary,” Angela says.

Tracking the true cost of farm production has been critical to staying financially sustainable, according to Angela. This means being realistic about what is and isn’t possible with these new practices. For example, if she and Kerry are deciding whether to buy a 40-foot or 30-foot drill, they consider costs like additional labor or new tractors, rather than simply the equipment’s sticker price.

And true cost accounting is especially important when it comes to soil organic matter, which takes years to build. 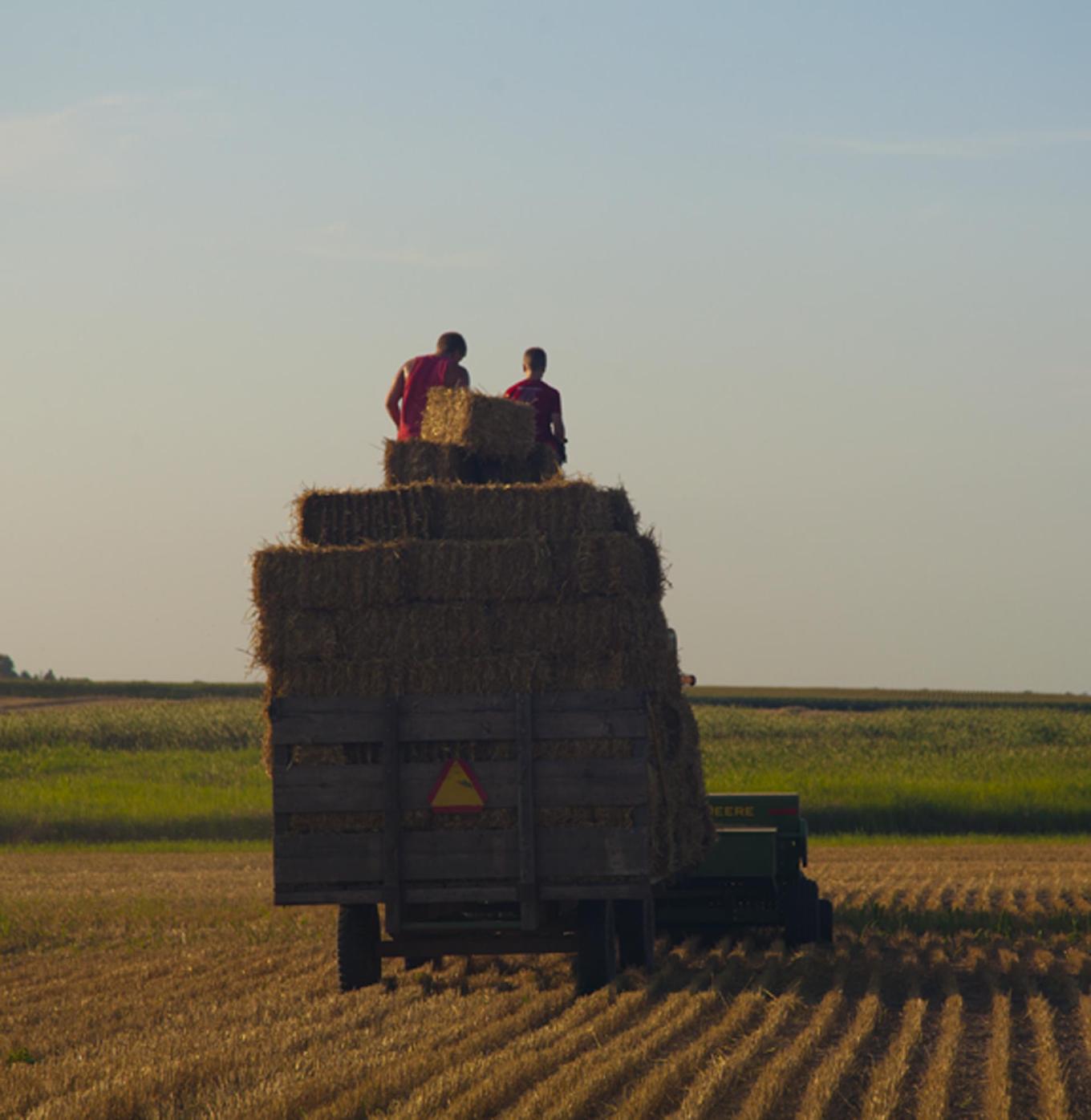 “If we’ve got cattle guys that want our old corn stalks … what is the true cost of taking that residue off the field? How many nutrients are we taking off that field? How much will it cost to replace that? Those are questions that we have the ability to track,” Angela says.

The Knuths saw clear improvements as they studied and tested different regenerative practices. But still, the financials weren’t stacking up well.

“The financial institutions aren’t too keen about the transition years for this type of agriculture. You lose money,” Angela says. “We were having difficulty.”

Regenerative farming requires continual adjustments. A farmer might need to add new crops to combat weeds or fix certain nutrients, instead of simply tilling or spraying the fields. In other words, the most profitable crop this season isn’t always the best crop for long-term profitability. This is especially true for farmers transitioning from conventional practices.

“There need to be programs, policies that help you get through those years when maybe you’re in a small grain that there’s no market for, but your soil needs it,” Angela says. “Right now, there’s just nothing out there to help the farmer do this.” 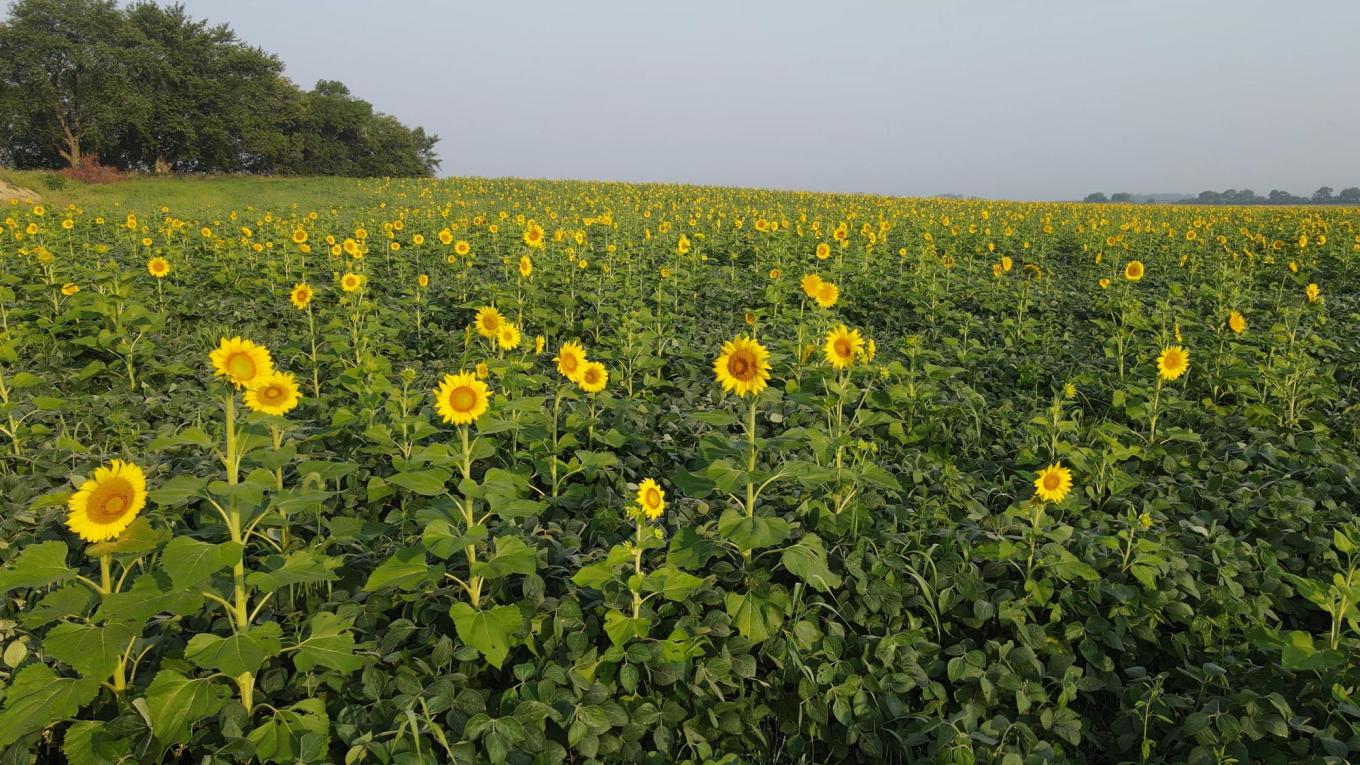 The Knuths connected with Mad Agriculture and learned about the Perennial Fund, which offered an alternative funding model for their transition to regenerative and organic. The program mirrored the Knuths’ philosophy of true cost accounting: Perennial Fund loans cover all aspects of production cost, from crop insurance to diesel cost, labor, and more.

The Perennial Fund’s long-term and flexible loans include the option to defer loans to account for weather variability and volatile crop markets. This way, the Knuths could use capital to reinvest in soil health, rather than worry about an overbearing repayment while they’re still transitioning.

Meanwhile, Angela actively searches for other ways to turn their sustainable farm management into revenue.

“To me, if they want to pay us for farming sustainability, that’s just one more way that helps us afford to make the transition,” Angela says. 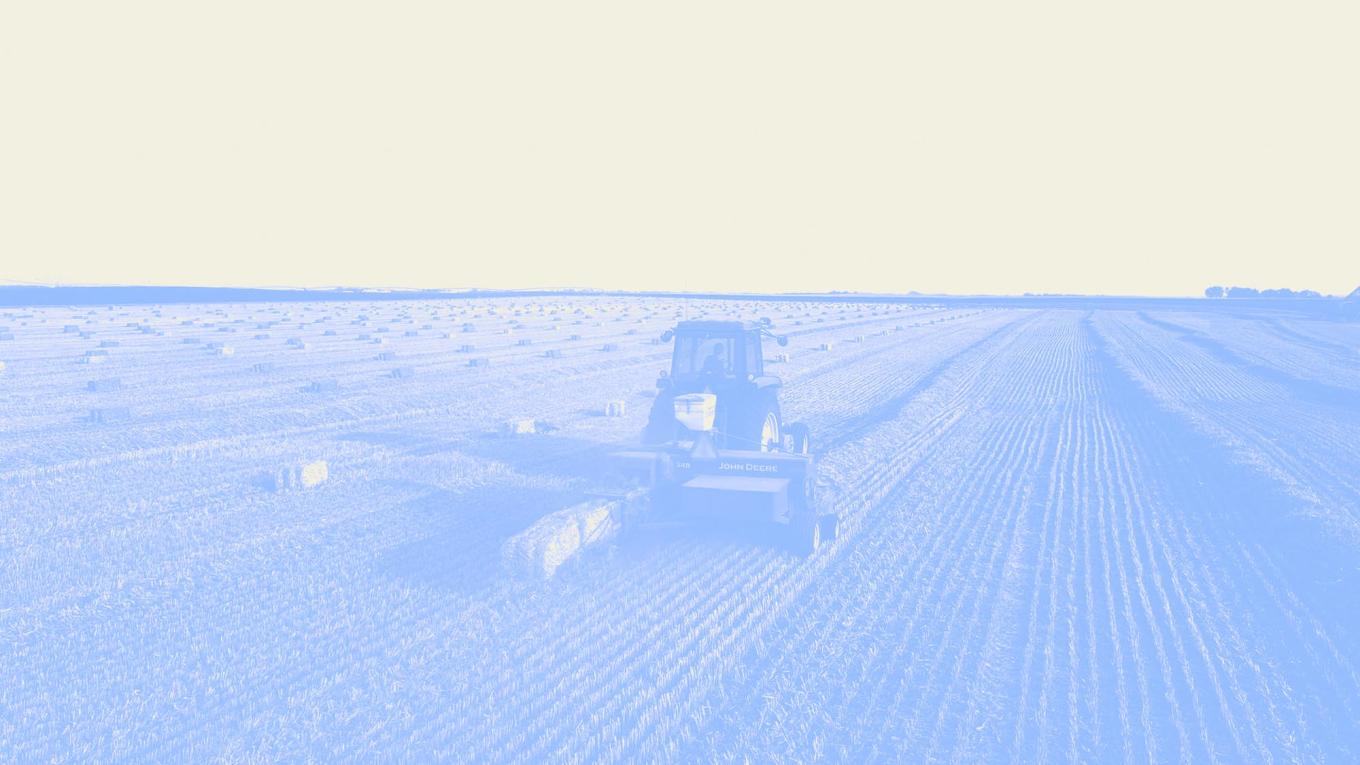 Looking ahead, she has more ideas for how the Knuths’ farm data can be converted into valuable management tools.

“Right now, we can see the financials on a spreadsheet. Boring,” Angela says. “I want visualization … So we can look and see, historically, we’re either on a good trend or we’re on a bad trend. Then ask, how are we going to deal with it?”

Tracking these trends helps the Knuths understand where to focus their attention as they transition, but Angela knows that regenerative and organic farming requires constant iteration, even after full certification. It has redefined how the Knuths operate, and in many ways, it’s been a leap of faith.

“We don’t know how to farm like this, and I don’t think our neighbors do, either,” Angela says. “It’s scary.”

She and Kerry continue this work in order to pass a sustainable business model to the next generation: their children plan to take over the family farm some day as fifth-generation farmers.

Angela knows that their hurdles represent the need for much larger changes to the U.S. farming system. But in the meantime, she and Kerry are focusing on finding ways to farm that set their sons up to thrive, both economically and ecologically.

“You will have wins and you will have losses,” Angela says, “the long-term is what we need to look at.”

Previous Water and the Need for a Mad Urbanism
Next Meet a Mad Farmer: A-Frame Farm 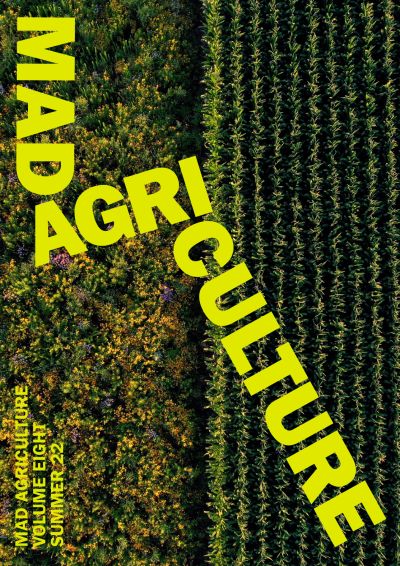