Perpendicular to most mountains of North America, the Ojai Valley conveys the sun from East rise to West set, and at that closing hour of the day, when the light is cast most favorably upon the land, an alpenglow appears in rose upon the Topa Topa bluffs, for a moment.

In times of water, the valley’s verdant expression surrounds you, as if land and air and water and sunfire are in their most harmonious agreement. Land: the clay soil rejoiced to be full and the sage and chaparral, emanating velvet smells. Air: a swirl of inland dryness and coastal mist transmits the goodness of their joining. Water: as it dances, roars, or trickles under the oaks, brings to its fleeting banks the thirsty tongues of coyotes and toads and sycamore. Sunfire: warming the rocks still cool from the moon’s gentle touch until they become disciples of the sun and bring heat to the arroyos.

Ojai’s charismatic nature entices visitors and residents from around the world, seeking the vortex or peace or the wisdom of the gods or hip instagram spots. L.A. loves to getaway here, or stay here for a respite from itself, beguiling the guests of locals, but rarely the locals themselves. A destination, a home, tension amongst those poles, but could a place develop such character with sparsely few perspectives?  No. The posh, the vegan, the gardener, the banker and the trustafarian, all eat at the Rainbow Bridge and Bonnie Lu’s. So many are the characters of people, here.

And so many are the types of plants: oak, sage, and tangerine amongst the pepper, cyprus, and sycamore; ferns in the canyon, agave on the ranch, succulents in pots and on rocks up in the hills. Oh, when Ojai has water.

And when it has Fire! About a year before we arrived in Ojai this time, there had been a massive fire that surrounded the valley on all sides, even scorching much of the upper valley where Tanner’s dad kept the blaze aback with shovels and kevlar hose until the firemen arrived, did their best, and sent him away for safety. After a while, Paul returned to Awhai Ranch and discovered that the devastation had spared his home, opting instead for the more resilient grasslands and oak groves on the hillside. A centuries old oak above the reliable spring finally met its lethal foe in the Thomas fire of 2017. The Sycamore whose roots tap the same source survived, though it remains how the change will affect that arboreal neighborhood. 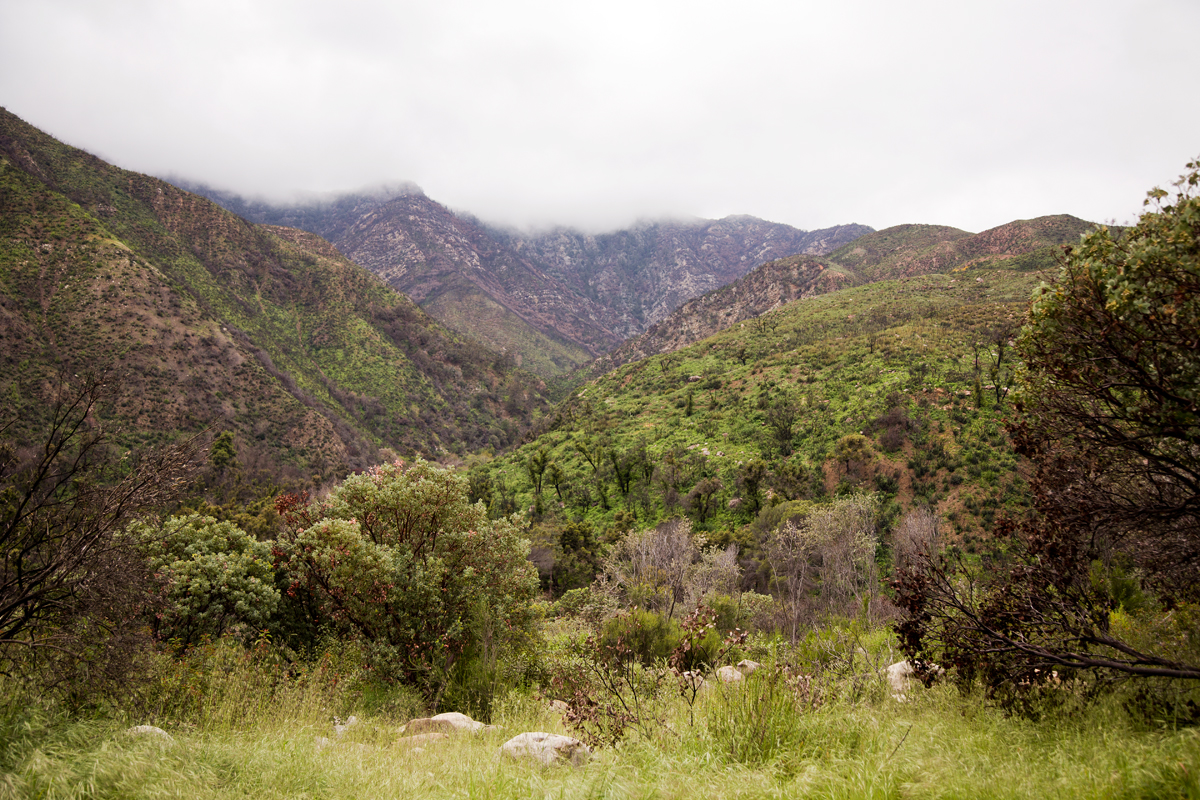 The changes wrought by fire go deeper than the biosphere where plants and trees became grey ash. With roots gone, and violent storms seizing the opportunity to create a legacy, massive flows of earth and rock filled the familiar Matilija Creek. Tanner, his brother Tyler, and friend, RJ, spent a day there, mostly to scout and climb boulders previously hidden from view, but also to collect sage and explore the place in its newest iteration.

While Tyler and RJ continued to climb beyond Tanner’s threshold of interest, he ventured further into the canyon. Water always flows in Matilija Creek, which is rare for this ecosystem, especially in this past decade-plus of drought. This trip, the stream has yet to scour last year’s heavy sediment from its course; instead, it takes on a yellow hue from a moss that differs from the customary deep green version that used to cover the rocks on the edges of the water.

“It’s different, you’ll see” said all the friends that know this canyon, too. Searching for landmarks of memories, Tanner had to rely upon the big views West and characteristically diagonal ledges of rock along the canyon walls. Even still, the place felt new. Camping tentless in the sand, rock hopping, rope swings, skinny dipping, the spots that housed these glimpses of Ojai childhood could not be found by familiar tree or opening of a thick section of brush or even the old trail, which also washed away. This was change on the geological scale, so the thoughts took on the scope of generations. “My dad knew this canyon as I did, and my brother did. How many generations of fathers and sons also knew this place the way we did?” And what will this canyon become as Mother Nature nurtures life and beauty anew?

Returning to the climbers, Tanner could not answer the question ‘how far back did you get?’ Persie, Rope Swing, and even the wading holes too small to deserve names were not discovered when heat overwhelmed patience, all of these landmarks were indistinguishable, vanished by fire and mudslide. New holes will form, and new camp spots, and new familiar trees. Singular trees didn’t fare so well as the groves of oaks; by fate or by design, the groves withstood the fire to give shade another day. Survival of the grove, still connected with mycorrhizal webs below the ashy surface.

In places the creek flows below ground, resisting evaporation, as if in recognition of the dry and fiery recency. Elsewhere in the West, human creativity has conjured schemes like millions of plastic balls covering the surface of manufactured reservoirs to reduce losses to evaporation.  Here, in the canyon, greater forces achieve similar effect, though for what means or purpose remains a mystery. Earth responds to Water responds to Fire responds to Air, and so on, in all directions and combinations, so that plant and animal can join the chorus of Nature, singing the songs of place.

Previous Bread for all, and roses too
Next A Journey into the Prairie 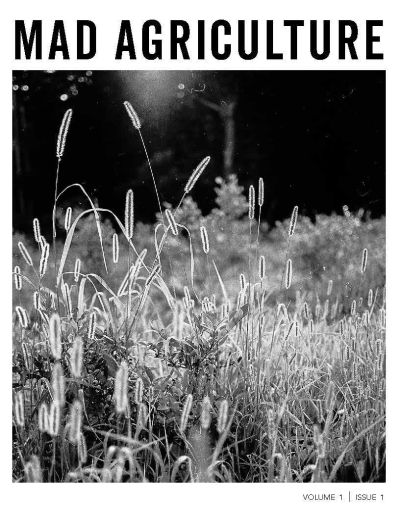