Written on behalf of

“I think we all have this preconceived notion about what being an organic farmer is, and I think we can fantasize about that—but you cannot fully comprehend what you’re getting into just by watching YouTube videos and reading.”

For the next generation of farmers to succeed, we must revitalize our investment strategies. The folks at Mad Agriculture know that money is one of the most important factors in decision making on a farm, but investment doesn’t solely mean monetary inputs. Farming demands time, energy and resources. It also requires knowledge, training and backing. We need investors who can nourish farm operations from the ground up, but we mustn’t overlook one of the most valuable assets we have: our farmers. Rodale Institute is amplifying the farming revolution by reimagining the ways in which they support beginning and transitioning farmers, through training programs, consulting and investing in land access.

Boots On The Ground, Hands In The Dirt

Nick Karnaze knew he needed to gain real-world experience to pursue his dream of being an organic farmer. That’s why, in the spring of 2021, he found himself at Rodale Institute’s headquarters in Kutztown, PA participating in the organization’s Veteran Farmer Training program. The agenda? Find out what it really means to get your hands dirty.

Karnaze’s introduction to the importance of agriculture was unconventional from the start. “When I was deployed to western Afghanistan, I ended up working with a USDA foreign service officer and we did a project to help support local entrepreneurs,” he said. “The soil out there, because of the war, had just gone to heck, and that really opened my eyes to the importance of agriculture and proper management.” When Karnaze returned from Afghanistan, he didn’t know his next step to continue his journey in farming.

Children’s books taught us that anyone can grow a vegetable with a single seed, some water, bright sunshine, and a bit of dirt. The reality is that farming requires resources, training, mentors, and so much more. While books, videos, and workshops can provide some of those tools, it’s up to the farming community to ensure the integration and operationalization of these resources  for beginning organic farmers. 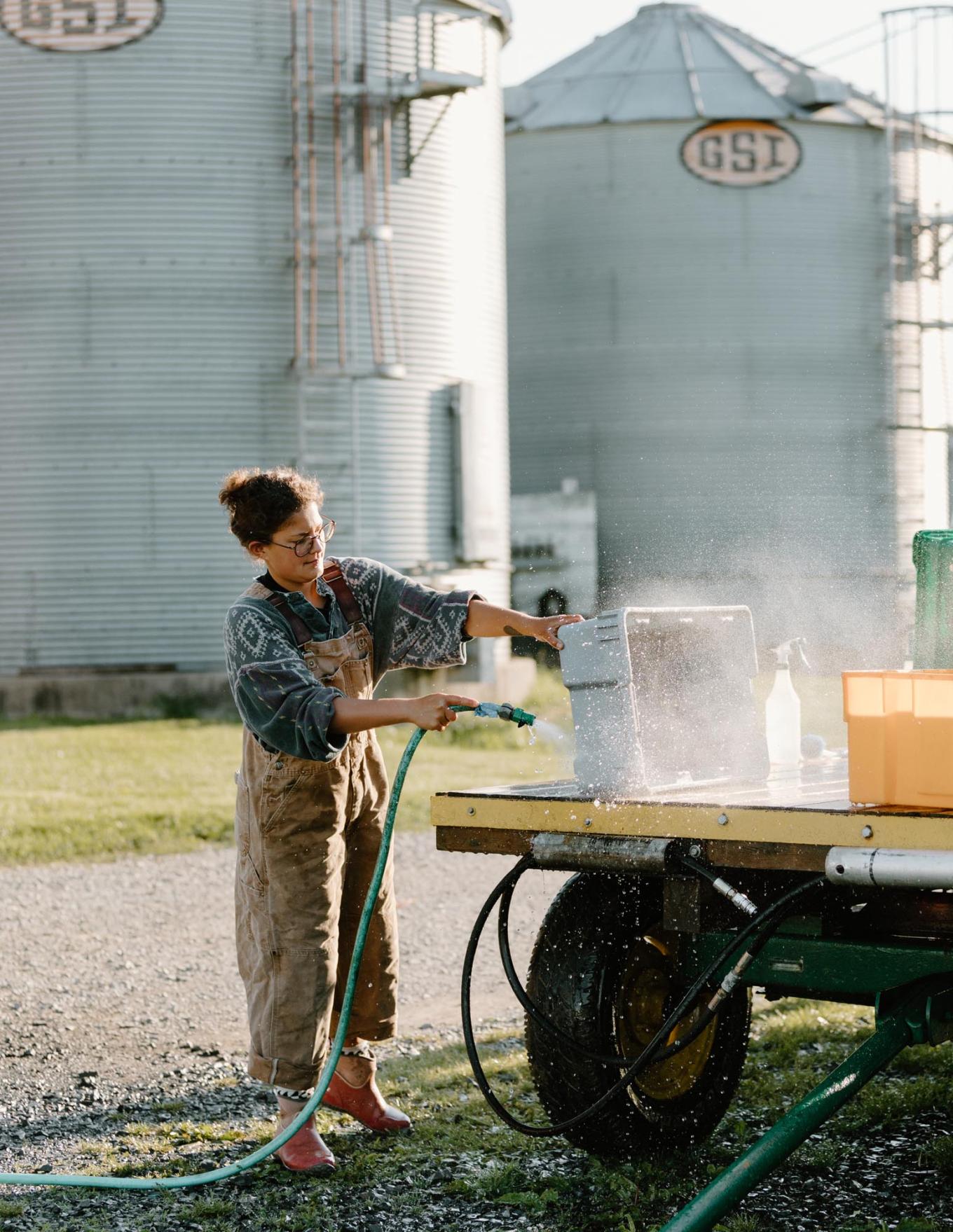 Rodale’s Institute’s beginning farmer training programs, which include the Veteran Farmer Training and a multiple-year Farmer Training internship dubbed “RIFT,” involve a blend of theory, practice, and fieldtrips to other farms, which Karnaze refers to as real-life case studies. Rodale Institute has been conducting research, farmer training, and education from their 333-acre farm for nearly 75 years—so they’re a wealth of information for an aspiring farmer.

“There’s immense value in actually being on a farm, getting your hands dirty, and learning in a way that’s not going to sacrifice your farm. There’s massive brainpower here,” he said. “Being able to attend a program like this, where you learn about the systems, you learn the science behind it, but also, you learn the realities of running a farm day-to-day, you learn all of these different nuances, and had you not known the right way to do it, it could’ve torpedoed your season.”

Typically, outside of apprenticeships, the primary opportunity farmers have to develop their skills is when they’re tending to their own farms, in real time. Rodale Institute’s farmer training programs are immersive, multi-track internships that offer aspiring farmers the knowledge and experience they need in order to succeed in their regenerative organic careers.

Upon his return from Afghanistan, Karnaze channeled his personal experiences and entrepreneurial spirit and founded his own skincare company. “I knew I wanted to do it in the most responsible manner. I wanted to tell more of the stories of where the ingredients come from.”

He shared that, ultimately, his goal is to be a regenerative organic ingredient supplier to other personal care companies and help other startups who want to do the same. This is what led him to Rodale Institute.

“I want to apply some science to it and have those studies down the line,” he said. “I’m really interested in learning about regenerative organic systems, but then also just the realities of life on a farm and being exposed to all of these different aspects, and also creating relationships with people here, because one thing I’ve really learned is that you really can’t do it all by yourself.” 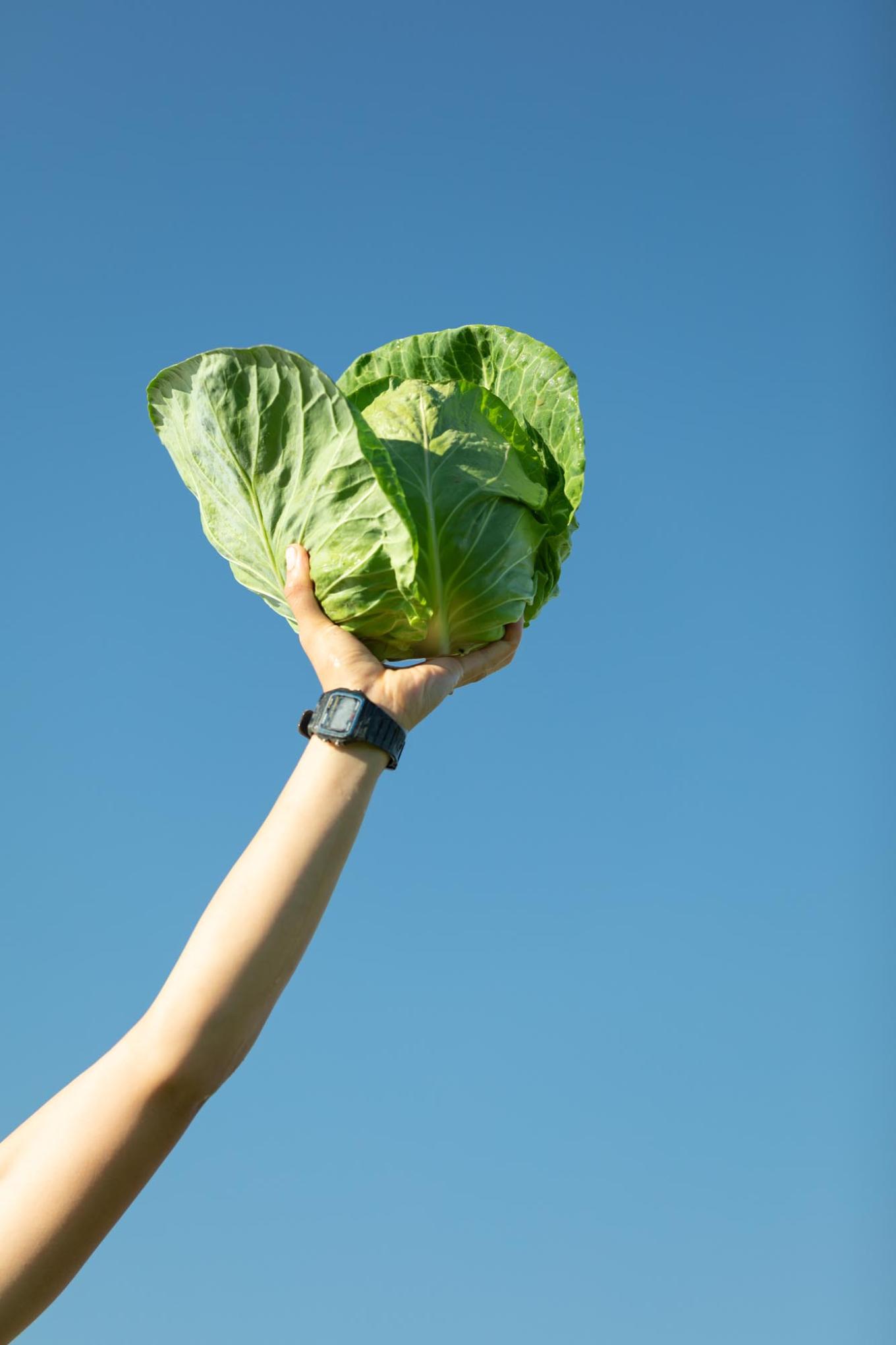 “In high school, I thought I was going to be a nurse,” Aslynn Parzanese laughs. “I came into the program with almost no understanding of what organic farming was really like. Pretty much my whole world was flipped upside down. But then I took what they gave me and I really kind of ran with it.”

Aslynn was one of Rodale’s first RIFT trainees. Upon arriving at Rodale’s campus in Kutztown, her experience with farming had solely been within Community Supported Agriculture (CSA).

“Farming is such an interesting career because you have to have the technical skills in the field and the organizational skills in the office, so it’s a good balance,” Parzanese explains. “And you are customer service-based when you’re at the market, so you’ve got to have it all.”

This is where the importance of institutions investing in their farmers’ training and thoughtful mentorship manifests.

“If you’re trying to find a job in farming, having tractor experience and tractor time on your resume is going to set you apart from anyone else,” says Parzanese. “Once young farmers realize how accessible it is to learn tractor work and become more comfortable with the machinery, it streamlines everything, and it empowers you.”

According to Parzanese, they produce fruits and vegetables for ten different hospital campuses across their region. She credits Rodale Institute’s internship program and the mentorship she received with her current career trajectory.

“I’ve always done a lot of work with my hands,” explains Ethan Riddle, an intern in the new 2021 RIFT cohort. Riddle’s background is in fine arts and sculpture, and he’s worked in the trades for years.

“I was in a really bad accident three years ago—after that, I spent a while recovering… and I wasn’t able to do the work I was used to doing.” He spent much of his recovery time at his aunt and uncle’s farm, where he was reacquainted with some of his childhood memories. “My aunt and uncle are conventional grain farmers. I grew up working with them a bit.” Initially hindered in mobility, he spent much of his recovery time observing their farm from the sidelines, “then that old bug came back,” he laughed.

Riddle recalls the first time he saw corn outside of the context of perfectly planted rows. “Being a visual person by nature, I was really intrigued by that image and then it sort of snowballed from there.”

Part of this process includes thinking about what your own farm operation would look like in practice. “It can be daunting to think about starting a farm when you hear about the rate of failure people experience for one reason or another,” he confesses. “That’s scary, especially to people who don’t have a substantial amount of savings or just a safety net.” 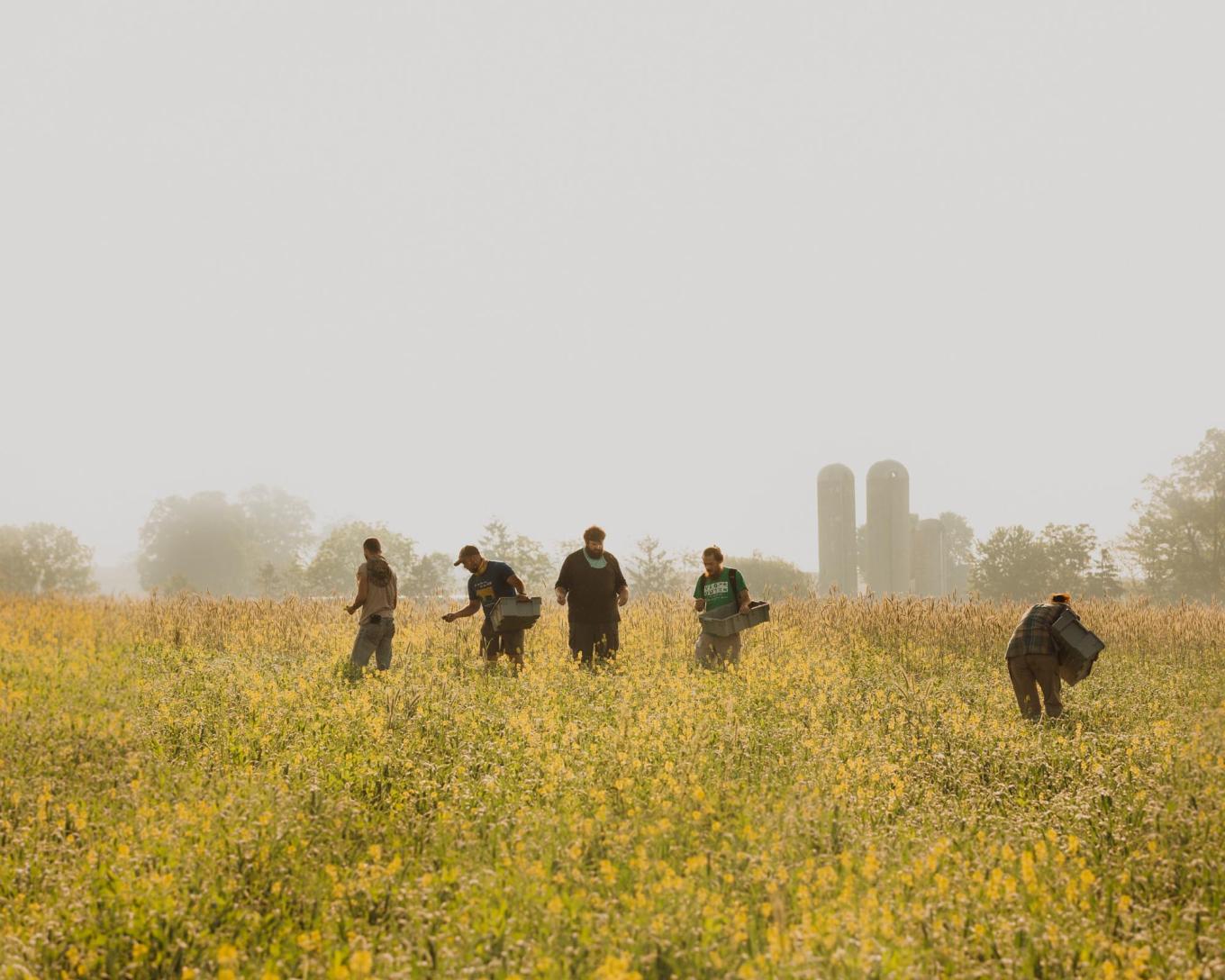 This is one of the reasons he was particularly drawn to the 22-month training program, which involves developing a realistic business model; one that’s ready to take to the bank and has the capacity to succeed. Without this investment in America’s future farmers, many would never consider taking the risk.

“Even if I don’t plan on applying every single thing that I learn here, my hope is that it’s always in my toolbelt afterwards.” For Riddle, it’s also a bit personal. “I’m hoping that some of my presence here might have an effect on what my aunt and uncle do in the future. Even if it’s just a seed of an idea and they can adopt some of these things. I believe at this point it’s the necessary thing that needs to happen.” He hopes to inspire them to be more regenerative in the future.

We know that land access and capital are the greatest barriers for emerging farmers, but what about those who are looking to expand their methods or transition to regenerative organic practices?

“Everybody is thinking about soil as an asset and as a living thing now, so that’s brought a lot of people to us,” said Sam Malriat, Director of Rodale Institute’s Organic Consultancy, launched in 2019. The consultancy puts trained agronomists and certification experts on farms in a one-on-one mentorship and personalized coaching model, advising farmers who are interested in transitioning their operations to organic on everything from field planning to certification.

“If you know nothing about farming, you can start a relationship with us and we’ll help you through it,” says Malriat. These consulting services meet farmers where they are, and provide a connection to financial resources, market and buyer discovery, firsthand access to Rodale’s in-house soil science, plus a network to the greater regenerative organic community.

“One of the first farms to approach us just received organic certification for half of their acreage yesterday,” he beams. “They approached us and were interested in transitioning to organic after seeing the film Living Soil. In part because they’re amazing people, but also because they’ve had some small level of support from us, they’ve doubled their acreage since we’ve met them, they’ve added an apple orchard, they’ve purchased cattle, they’re hiring workers that typically wouldn’t get hired—they’re just doing incredible work where they are now in their community. It’s just really cool too see what they’ve accomplished.”

That legislation outlined significant investment in Pennsylvania’s organic industry and allowed Rodale Institute’s consulting services to be offered for free to Pennsylvania-based farmers looking to transition to organic. Since its inception, the consultancy program has blossomed across state lines, and Rodale Institute plans to continue to expand their reach throughout 2021.

Perhaps the most rewarding part is that these relationships carry well past the consulting phase, says Malriat. “And we love that,” he laughs. “They sort of just become friends.” 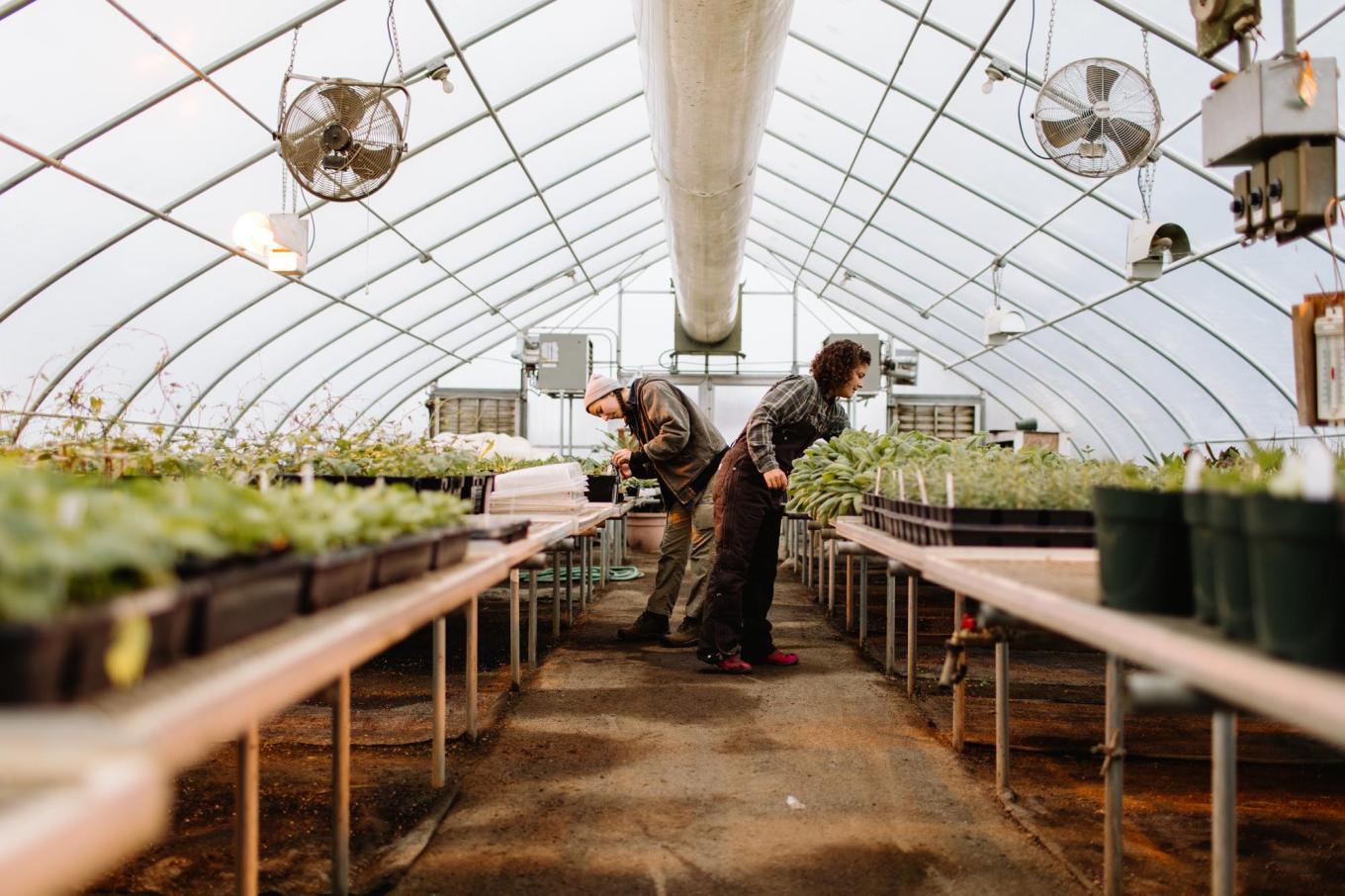 Farming is a complex and difficult profession, one that requires training, resources, education, and experience. But the one thing it requires above all else? Land.

And these days, land is one of the hardest resources to come by.

In 2020, Rodale Institute, in an act of impact investing, placed $2 million dollars of its own endowment with Iroquois Valley Farmland Real Estate Investment Trust (REIT), a farmland finance company that provides organic and regenerative farmers long-term leases, mortgages, and lines of credit as they transition their practices.

With the availability of farmable land decreasing every year, the power of Iroquois Valley to purchase land quickly for organic farmers who may not have access to traditional funding sources is critical in ensuring the growth of the regenerative organic movement.

Main Street Project, a nonprofit based in Minnesota, is a direct example of this impact. The Project uses a poultry-based regenerative system to develop farming opportunities for Latinx immigrants working in the food system, offering training services for upcoming and established farmers looking to integrate regenerative poultry. These forms of investment enhance equity and access across the food system, supporting workers who are too often left out of the conversation.

Investing in our farmers is an investment in our collective future. Funding should have the potential to positively impact a farmer’s transition to regenerative organic, allow them to better market their products, or to solve a particular problem that is typically not fundable through normal lending strategies. This is the next venture in financing: regenerated investment in our farmers. 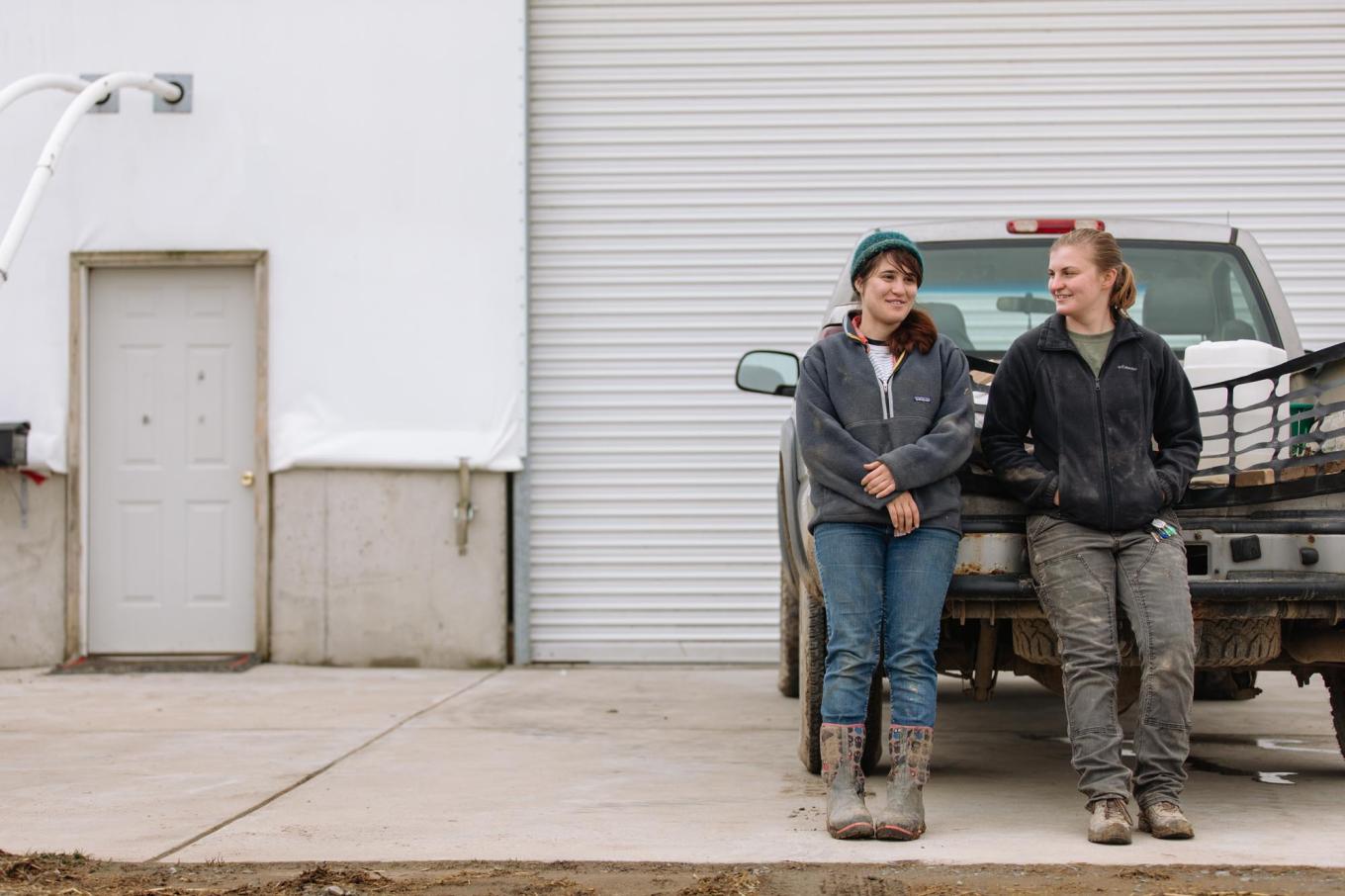 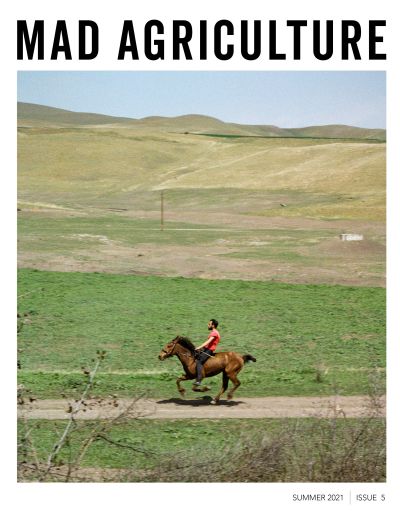