For example, in osmosis, water moves from higher to lower concentrations to move liquid compounds from plant roots to plant leaves. In yet another example, when we look closely at the geomorphic features of any given landscape, the path of least resistance can be observed in the drainage patterns created by flowing waters relationship with sediments, as change in elevation creates various topography across the surface of the Earth. As water loses elevation, it releases stored energy so powerful that it can carve through bedrocks such as limestone, basalt and granite. There is nothing ‘least’ about that! But the process often begins with water creating a small fissure in the rock by chemical (carbonic acid) or physical (ice expansion) weathering. The weathering causes the streams to cut deeper and deeper into the lithosphere.  The Colorado River, moving swiftly, at an average speed of 4 mph, has cut an average depth of 1 mile to form the Grand Canyon.

Once a body of water begins to slow its change in elevation, the river, creek or stream will begin to meander across the landscape. We start to notice the cut and fill patterns as the water body begins to lose energy and lazily deposits sediments creating oxbows, splay levees, sandbars and forming deep swimming and fishing holes! In this scenario, there is no longer resistant bedrock to degrade and the stream begins to aggrade. The water then begins to spread below the soils under the floodplains providing sub-irrigated hydrology to our grasslands and meadows. It is in the understanding of this principle that we can extend the growing season of our grasslands in areas that tend to have seasonal rainfall distribution or semi-arid environments. A grazing plan that uses enough time to allow for plants to fully recover between grazing events, that encourages deeper root growth, will allow for plants to take advantage of this hydrologic phenomena. We often say in my family “be the river and not the rock”. Water flows without choice, it moves effortlessly, it goes not where it wants but only where it can. Water is a source of energy. In the groundbreaking book by Gerald Pollack, The Fourth Phase of Water, it is shown that water can actually communicate, that it is social. And we all have learned that water can conduct electricity (hence waiting those long thirty minutes at the summer swim clubs after a lightning strike).

The fact the water goes not where it wants but only where it can, gets to the heart of this essay. It does not choose. I have recently moved by wife and two sons across the country to a small farm nestled against the Appalachian foothills, where in most seasons and years there is no shortage of water. But I am beginning to see now that my children have been asked to be like water. They go not where they want but only where they can. It is in this thought that I begin to wonder if I, too, am being asked to be like water? Who truly knows why the elevation changes in one’s heart. And what messages the electrical current that travels  throughout my blood send? The polarity of the forces that draw us back to places we once have been. One rarely knows another’s whole story. In the words of Bob Marley, “half the story has never been told.”

So, in closing, I believe by observing water, through its patterns and its behavior, that it can teach us things both in are agricultural relationships with the land and in our relationships with each other. And in this, I do know for certain, that water is sacred and should be treated as such. Not to be held too long, owned or possessed but to flow freely between us, the oceans, the sky, the plants, the animals, the rocks, and the soils.

Previous Ojai Elemental
Next A Note 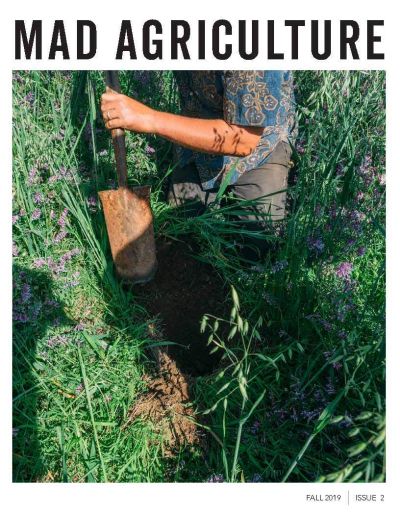